With cobblestone streets and beautiful amber sunsets, Lisbon makes you feel like you jumped into the golden-lit montage scenes of a rom-com. Colorful walls of street art seem to pop up on every avenue, and miradouros (overlooks) gift you stunning views of the city’s timeless beauty. It’s a perfect mixture of romantic European postcard and urban creative.

It’s also really great for solo travelers to venture out of their comfort zones while sticking to a budget. Since Portugal remains fairly inexpensive with a good exchange rate to the dollar, you might want to consider visiting if you’re headed towards surrounding countries.

I traveled to see the Crono Project, which are these buildings covered in murals done by Os Gemeos, Blu, and other global street artists. If you’re also passionate about street art and urban changes, these buildings are a must-see!

I stumbled upon this café and I’m glad I did. My croissant sandwich and drink were satisfying and great for my wallet, plus I made a friend and later went out to drinks with them! 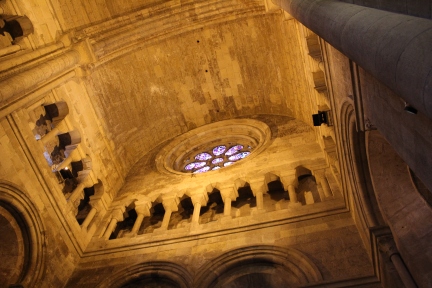 This gigantic, romanesque cathedral is beautiful, and the surrounding area is full of hidden paths and shops. I often explore without looking at the maps on my phone and this is great to do in this city; I found myself in alleys learning about the history of the fado, a musical genre originating from Lisbon itself.

This was one of the best hostels I’ve come to be acquainted with; the rooms and washrooms were clean and they had a great kitchen and seating area. They also provided plenty of opportunities to go out as a group. It’s a trek up some steeper hills, though, but right in the center of the city, with a short walk to an overlook called Miradouro de São Pedro de Alcântara. Take the Ascensor da Glória, this colorfully graffitied trolley that goes up and down a narrow hill that takes you towards Avenida da Liberdade.

Know Before You Go

No, Portugal does not speak Spanish.

Look, you wouldn’t believe the sheer amount of people I’ve encountered that think every Portuguese or Brazilian person speaks Spanish. Although very similar, these two languages sound very different in practice. I found the Portuguese to be quiet and sometimes difficult to understand, but once I got the hang of its nuances, I talked in Portuguese with a man about metaphysics for an hour!

If you’re thinking of visiting, watch some Youtube videos that teach you some basic phrases in Portuguese. This will help you confidently ask a stranger some basic questions as you’re exploring. People here are friendly when approached*.

*Only once outside the main city area, I met someone who made a snarky comment about “these tourists” directed at me even though I spoke all the languages she did..? 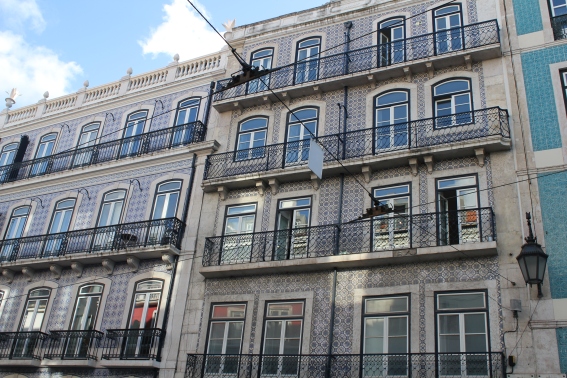 The city is budget-friendly.

A coffee and pastry will often cost you less than 10 euro. That being said, if you’d like to backpack or are the type of traveler that likes to stay in hostels, then Lisbon is perfect for you. I spent less than $100 USD in total for restaurant meals, drinks, and groceries considering my hostel included breakfast and a kitchen area.

Lisbon is a touristy city.

As the capital, Lisbon has a lot of great monuments to visit- but they also have a lot of vendors who pander to the usual tourist. Weirdly enough, I noticed that when I walked around with my DSLR camera around my neck, vendors would approach me speaking English. I noticed that when I walked with a small purse with the big camera hidden inside, they’d approach me speaking Portuguese. This is when your friendliness, coupled with the greetings you learned, will help you maneuver the city. Stay away from generic restaurants on main avenues such as Avenida da Liberdade, because you’ll probably end up paying way too much.

It’s on the smaller side of most global cities.

I stayed in Lisbon for about three days, which was plenty of time to visit all the points I wanted to and extra time to meander around. The metro stops are well spaced out, so you’re never too far from a stop if you’re taking public transport. You can venture out for day trips easily as well, like the National Palace in Sintra or Cascais.