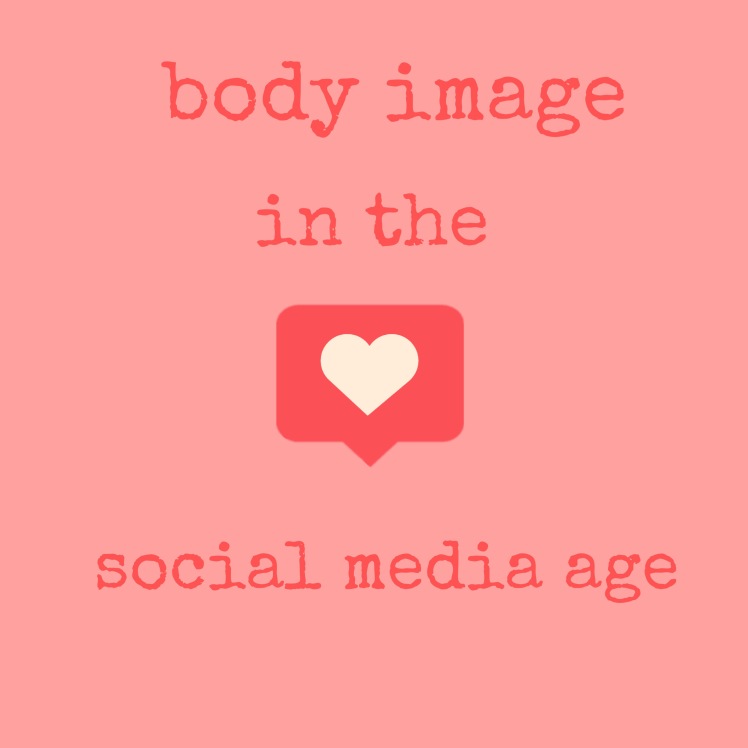 The early 2000s trend was tall and thin- long legs, hairless bodies, silky straight hair, tight abs in crop tops. Gwen Stefani, Shakira, JLo, and Paris Hilton sported these beauty standards that brought envy. I pored over fashion magazines and watched Project Runway during middle school summers. One summer, I was in a dance intensive class, which was around 4 or 5 hours a day, every day. That summer, I finally noticed I was hitting puberty because I was in a class with younger girls- girls whose thighs didn’t seem to spread out when they sat and whose chests didn’t need sports bras just yet. I would look at my thighs and tell my mom, “I want smaller thighs, I don’t like it when I sit and they spread out”. She’d laugh and say, “that’s not normal, mija! how would your legs support you?” It just didn’t make sense to me how I could get the perfect body that I saw all around me.

Now, we’re seeing the Instagram craze with ‘thicc’ girls, girls who have tiny waists, a big bust, and perfectly round hips with a large butt. For the average sized woman, this is nearly impossible to attain with solely diet or workout. I’ve learned (quite recently, shame on me!) that the Instagram ‘models’ I see sporting these crazy proportions have most often paid for their bodies or have gotten services to pay for it in return for promotions. A coworker took out her phone and showed me before and after pictures of someone she knew, and it was that cookie-cutter ‘thicc’ standard I had now grown accustomed to seeing online everywhere. She showed me that sometimes it took more than just dieting and heavy exercise to attain that contoured body, “a natural booty doesn’t look like that, girl”. Wow, I felt so dumb. I mean, I knew about Photoshop!

When I lived in Brazil, I was introduced to the gym- and I went almost every day (even walked 2 kilometers to get there and back). Everyone went, it was a social thing that revolved around a lifestyle of getting active. When I returned in 2016, I learned from friends that so many Brazilians get plastic surgery (it’s less costly there than in the U.S.). According to NPR, there are more plastic surgeons per capita in Brazil than in the U.S., surpassing the U.S. as the place with the most cosmetic surgeries performed in the world, “even though it has fewer people and collectively less disposable income”. On the other side of the world, South Korea flaunts a very normal public knowledge that everyone gets something done. In South Korea, a BBC poll has estimated that about 50% or higher of girls under in their twenties have gotten at least one surgery done. Digging a bit deeper points to a history of Western imperialistic beauty standards- in which the most popular surgeries are often making the monolid into a Western double eyelid.

So it’s not just the rich and famous who get plastic surgery, but more and more regular women get it too.

There is no shame in getting surgeries done. You should do what you want with your body. My only problem with this is the influencers who actively lie on social media and say they got their bodies with just drinking a certain tea, or promoting restrictive diets to get extreme proportions, even working out intensively with a corset, which is very air-restrictive. These influencers are promoting these extreme diets and products because they are being paid to do so. We need to be conscious of younger girls on social media who look up to us, they’re going through puberty and looking at their bodies, wondering “okay, if I do all these things, then I’ll have her body”. Everyone’s bodies are different and what may work for one woman may not work for another. We need to promote being healthy and active, instead of being a certain size or proportion.

We also need to have honest, frank conversations with the younger girls in our lives about body image and promote inclusive body positivity. I only speak for myself when I say, I didn’t have any older girls in my life that I could use as role models when I was growing up. Due to this, I grew up pretty naive with what I perceived to be ‘the norm’, which was a white, Western-centric standard. Now, with Instagram, Pinterest, and even Twitter, I can see other women with my type of hair, body, or skin. The beauty of social media is you can find someone who shares the qualities you were embarrassed about years ago. Go on Youtube, and you’ll get real women’s tips on how to manage frizzy hair, how to do makeup for skin with acne, or how to target your exercise for your body shape. It’s a great tool to share with the girls in our lives.

It’s quite easy to point out these beauty standards in fashion magazines, but in this age, it’s much more difficult to discern what’s real through social media. That doesn’t mean it should be any harder to talk about, right? Talking to younger girls early will also help them to critically think about not only the images they’re being presented with, but hopefully prevent them from comparing themselves to others too much. This conversation can dive into not only how celebrities have makeup teams, stylists, and personal trainers, but how the younger celebrities are being styled to look older than they actually are. Within these layers, there is a self-awareness that can be found through reminding yourself that these industries are built to sell- sell you clothes, sell you makeup, sell you a lifestyle that others desire too.